The Cost of Living Crisis: How big is the gap between outgoings and incomings around the world?

The cost of living is on the rise, and people around the world are struggling more than ever to make their monthly salary cover their bills. But which countries offer the most financial security?

A new study by CIA Landlord Insurance has assessed the average monthly salary across the globe, alongside the monthly rental prices and cost of living, to reveal where people can live comfortably and successfully manage their outgoings with their income.

London ranks as the least financially viable city in the UK

London is known around the world as being the hub of corporate jobs and career opportunities. But whilst these jobs may pay people a pretty penny, the high rent prices, and high cost of living make London the least financially viable city in the UK - after Londoners pay all their bills, they end up in an average of £1,071 worth of debt per month.

However, if renters move away from the centre and opt for a three bedroom apartment outside the city, they can be left with money to spare at the end of the month. The average monthly rent here is £1,292 less than in the city centre, meaning renters will be left with £220 of their monthly income after bills.

Birmingham is the second least financially viable city in the UK. Primarily, this is because there is a lower average salary here, of £1,879, which does not meet the average cost of rent and living costs. Consequently, renters are out of pocket by £238 after they have paid all their bills every month.

The following table shows the least financially viable cities to live in the UK:

Renters living in Derby are left with the most disposable income every month of all UK cities. This is predominantly because of the lower rental costs which are nearly five times less than in London - Derby renters pay on average just £762 per month. Additionally, the cost of living is £680 per month, which is nearly £200 less than the capital’s average. Consequently, Derby renters are left with £2,242 more in disposable income than Londoners.

The second city in the UK to leave workers with the most disposable income is Coventry, where workers have £721 of their monthly income left after rent and bills. This is still a lot less than what Derby renters receive and this is largely due to the cost of rent being nearly £400 times more. However, with £721 left to spare per month, workers here can live with more financial security than those in other UK cities.

The following table shows the most financially viable cities to live in the UK:

Individuals living in Bern, Switzerland, have the highest disposable income of renters across the globe 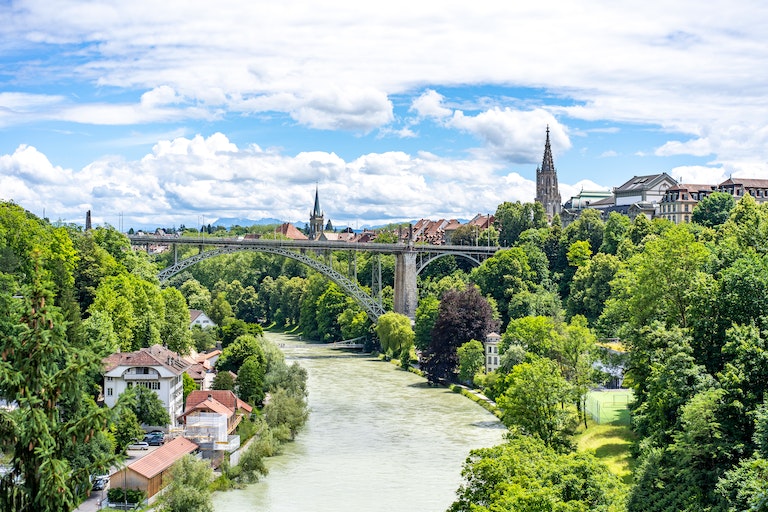 Bern is the capital city of Switzerland, and is known for its picturesque landscapes and natural beauty. But how much does it cost to live in a place that looks like a postcard?

Bern is the most financially viable capital across the globe and residents and workers here have the highest  disposable income of all cities. Their total remaining income, after paying rent and living costs, is £1,208. This is a big comparison to the financial situation that Londeners are faced with, and is largely due to the higher salary that workers receive here - £4,274 per month.

The amount of disposable income, however, is just £37 more than what Derby renters are left with per month, making the UK city the second most financially viable across the globe.

Interestingly, three UK cities; Derby, Coventry, and Stoke-on-Trent, make the top five cities for leaving workers with the highest disposable income. Therefore, suggesting that whilst London and Birmingham may leave people in debt, the rest of the UK offers workers with a level of financial security.

The following table shows the most financially viable cities to live in the world:

Rome is the least financially viable city to live across the world, with renters being left with an average of £1,196 of debt per month after paying the cost of living and renting prices. The average cost to rent a property within the city centre per month is £1,750 and whilst this is nearly half that of London properties, the average salary is just £1,222 which means workers paychecks do not even cover their rent every month. Unfortunately, this is also the case for London, Lisbon, and Mexico-City.

The lower salaries in Rome, however, could be due to the increased demand within the city - between 1960 and 2020 the urban population increased by 12.51 million. This suggests that employers may not feel it necessary to increase their worker’s salary as there is a demand for people looking for jobs.

The following table shows the least financially viable cities to live in the world:

Whilst there is more awareness around the cost of living crisis, there is evidently a gap between salaries and bills, and this exists not just within the UK, but also across the world. In order to conquer this, more needs to be done in relation to ensuring that workers can effectively manage their income and outgoings, whether that be increasing salaries or reducing rent to ensure they can break even per month.

The disposable income of cities was determined by subtracting the cost of living and the average cost of rent from the average salary.

All data was collected from city-specific pages on numbeo, combined with population data from our world in data.

The UK Cities Worst Affected by the Housing Crisis Furnished v Unfurnished: How much can landlords make by furnishing their rental properties? The Best UK Cities for Student LandlordsThe Rise of Airbnb: Which Cities Are the Most Profitable for Airbnb Landlords? The Cost of Being a Landlord in 2022