One of the hardest things about neighbourly disputes as a landlord is the lack of day-to-day control you have over what your tenant does in relation to whatever situation they’re in, whether it’s their fault or not. Niggles and problems are magnified and made worse between neighbours because they are usually raised in the wrong way, encouraging negative confrontation and unnecessary arguments.

Our homes are our safe spaces; the place we go to relax and unwind after a long day at work. When someone else’s routine or lifestyle interrupts this peace and quiet day-in-day-out, it’s easy to let the frustration reach boiling point. Most of us do have to live with a certain amount of noise from neighbours, but excessive noise can soon begin to impact our everyday lives. Being kept up at night means a lack of sleep, which ultimately affects our concentration, wellbeing and quality of life.

There is no legal level above which a noise becomes a statutory nuisance, however in basic terms the noise must be ‘unreasonable’; be that loud music, vehicles, arguments throughout the night or excessive dog barking. The first step for the tenant is always to approach the neighbour first and try and resolve it that way. Often, all that’s needed is a chat on both sides to clear up issues. If noise complaints go to council or the police, they will usually go on record which may make it harder to sell the property in the future as potential buyers could be put off. If the council decides that someone is causing noise nuisance, they must issue a ‘noise abatement’ order which lets the person know that they must stop making a noise nuisance before legal action is taken. If someone breaks this abatement order, they can be fined up to £5,000. 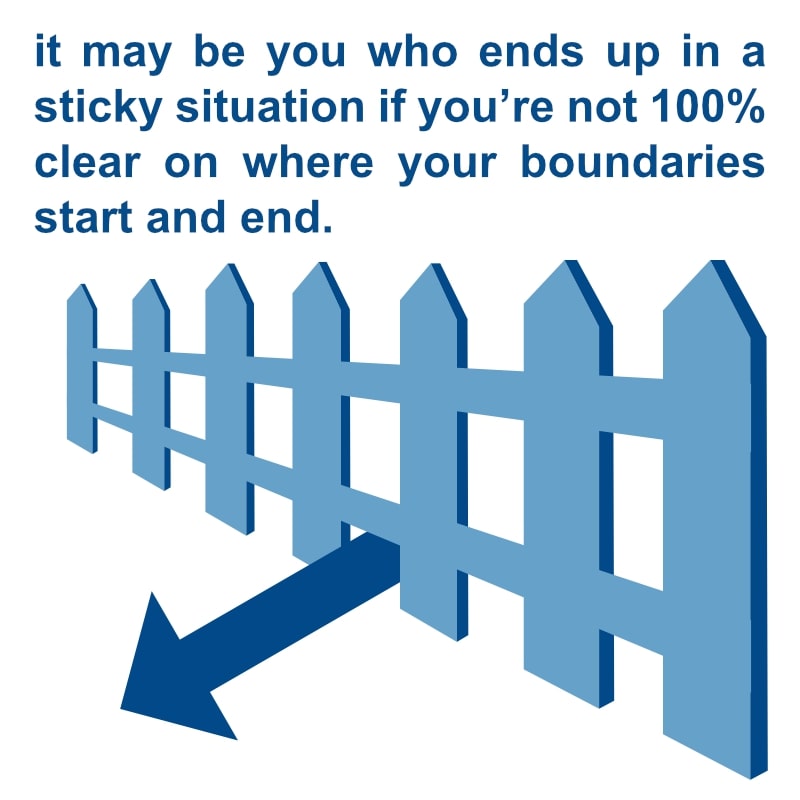 Boundary disputes are incredibly common. They cover everything from hedges that grow out of control, dilapidated fences, shared driveways and building works. All of these things and more can give rise to potential problems between tenants. In rentals, issues such as fences falling down and walls needing repairs are usually pretty simple - it’s the landlord’s responsibility to arrange and pay for repairs as this falls under the exterior of the property, so it may be you who ends up in a sticky situation if you’re not 100% clear on where your boundaries start and end. Disputes over boundaries can run into several thousands of pounds if taken to court and can be very stressful, so it’s important to do all you can to reach an agreement with neighbours before this happens. Boundary disputes can usually be avoided by discussing the issue with the neighbour, but make sure you do it in the right way. Any negativity between you and the neighbours will ultimately affect your tenant, leaving them to feel unhappy about their tenancy, which will potentially lead to more problems.

In most cases, damage to a rental property caused by neighbours is unintentional and an honest accident - for example cutting through electricity, gas and phone lines, smashing windows with a football, causing damp or water damage through leaks. You’d like to hope that in these cases, the neighbour in question would cover any repair costs - or that the damage is covered under the terms of either party’s insurance policy. If it truly is their fault, such as their washing machine flooding and causing damage to your property and they refuse to pay, they could be taken to court for negligence. The only person who should never have to pay in these situations is the tenant and the only thing they won’t be covered for is damage to their belongings as a result of any damage caused by neighbours.

However, disputes can easily start when the accusations do. Approach issues around damage carefully and ensure that you have plenty of evidence to support your situation and to prove that the damage could not have been caused by you or your tenant. It’s a good idea to keep a close eye on the property throughout the tenancy and collect evidence of any changes to fall back on later down the line if needed. 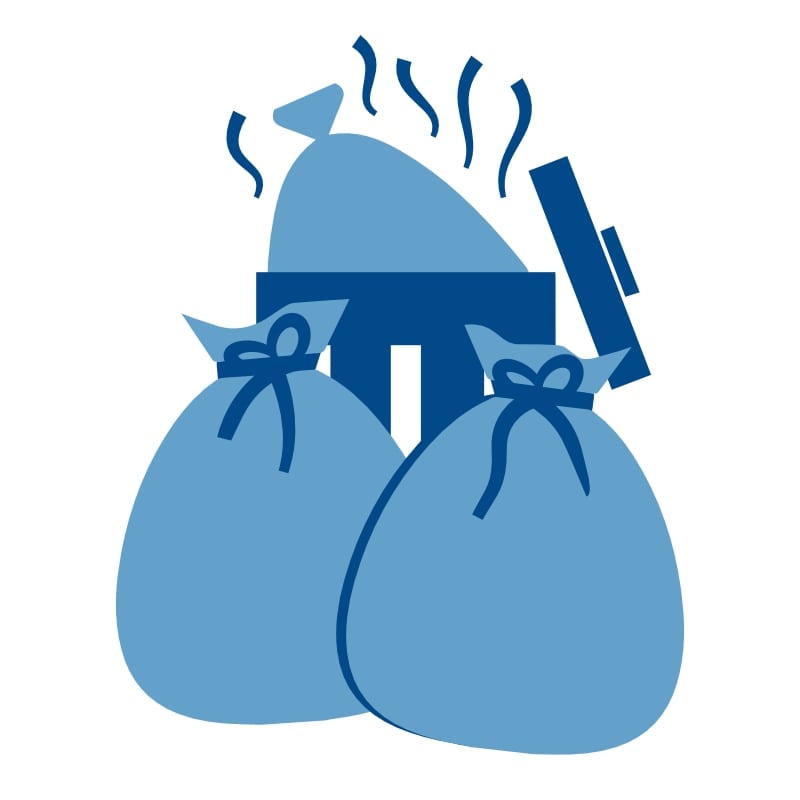 Nobody wants to live next door to a rubbish tip - and in a residential area, nobody expects to which is why neighbourly disputes can easily arise when someone uses their front lawn as a dumping ground. Leaving rubbish outside a property is not only an eye-sore for the whole street, but can attract vermin and, in the worst cases, lead to public health problems such as disease and strong odours. It’s something that many councils are now cracking down on and taking very seriously, with formal written warnings and fines being handed out to those who’s untidy gardens look like ‘fly-tips’. In fact, in many modern housing estates, the developers impose legal promises which ensure a minimum standard of amenity of all homes. If issues with rubbish reach a certain point, then local authorities should be able to take control of the situation. If not, take comfort in the fact that you’ll likely have safety in numbers as the residents around your property will want to fix the issue just as much as you and your tenant will.

Everyone should be able to feel safe and sound in and around their home - rented or not. Things can easily escalate between neighbours and disputes can get out of control, especially as it’s not easy to escape the tension. In the worst cases when these situations do reach boiling point, harassment or assault can take place. 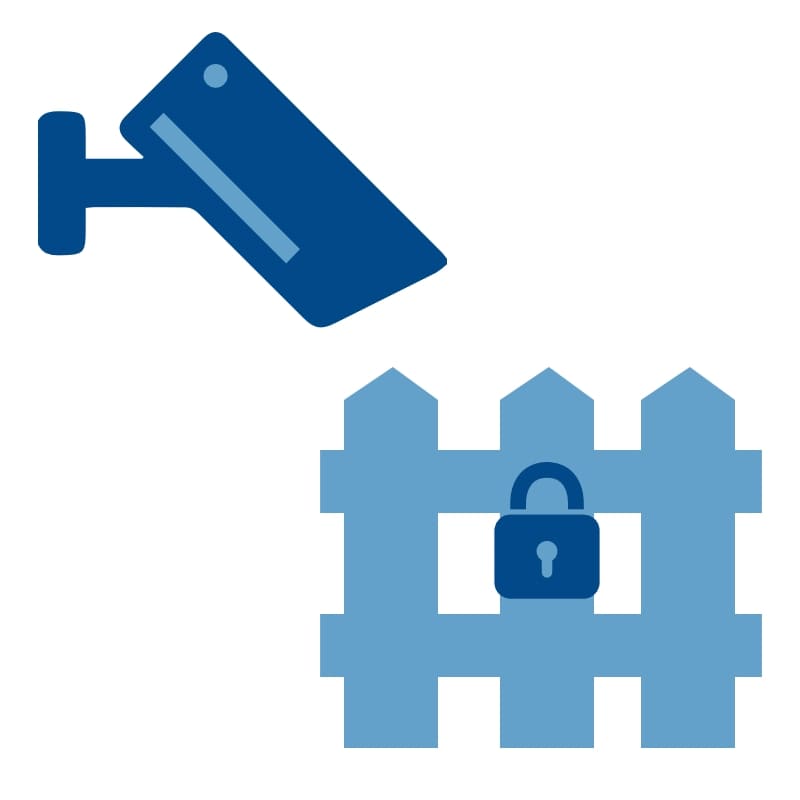 Broadly, harassment is any type of behaviour or action taken towards someone which threatens their own sense of security, so in this case can include threats of violence or an actual act of violence, verbal abuse, threats of damage to a property or actual damage and any written form of abuse or threat. If a tenant feels harassed, they must inform you so that you can take any extra measures or precautions necessary - be that fitting extra locks, fences, outdoor lighting and installing CCTV cameras. You as a landlord cannot be held liable for the actions of another human being, so your tenant cannot threaten against you in the event of neighbourly disputes, however it’s wise to ensure your tenants safety as much as you can. Your tenant may also want to contact the police, in which case it’s a good idea for them to keep written records of any harassment. Police need as much information as possible and they take harassment issues very seriously.